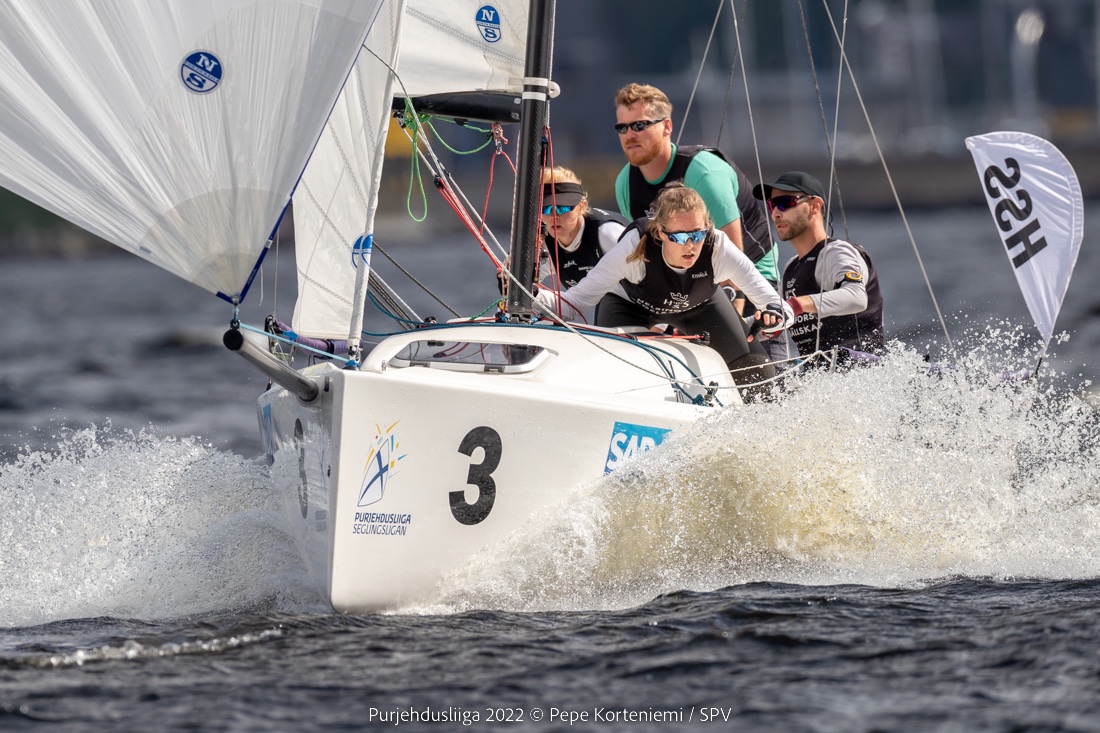 Two teams from HSS competed in the Finnish Sailing League this year, one in the Tampere semifinal in late August and the other team two weeks later in Turku.

The 2022 Sailing League included 36 club teams across Finland fighting for the national club championship in J70 fleet racing. The best four teams of each three semifinals race against each other in the finals at ÅSS, Mariehamn on 23-25 September, and the top ones will have a chance to qualify to the international Sailing Champions League.

A few competitor teams stood clearly out from the rest during both weekends, winning races one after another. In total rankings the HSS teams didn’t make it to the top positions of the leaderboard, but racing against the majority of other teams was tight and excellent performances were seen in some of the individual races. 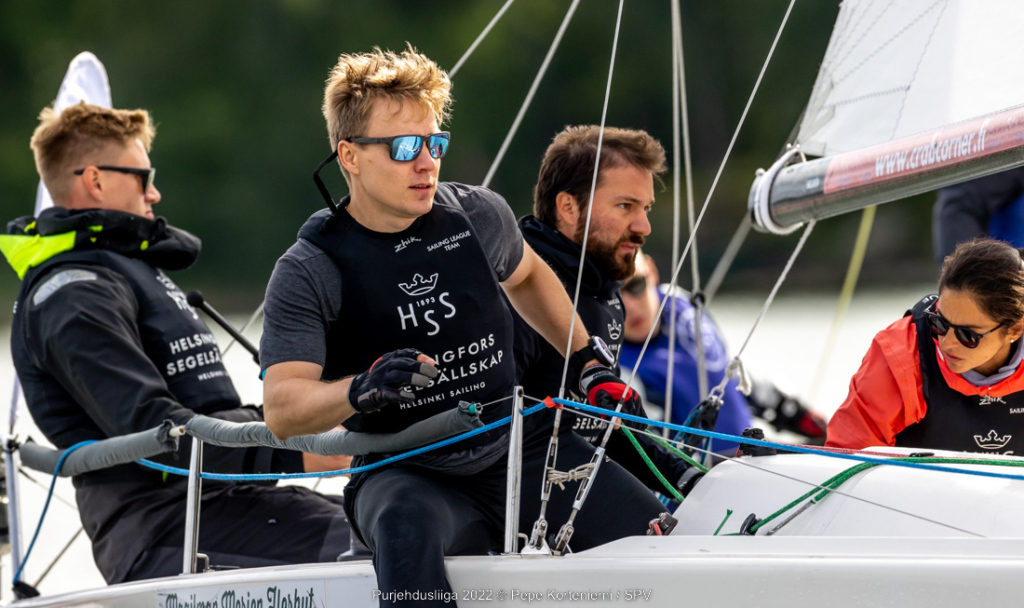 Racing against the top teams across Finland, combined with somewhat challenging conditions, was definitely a great learning experience. The majority of HSS team members were participating in the Finnish Sailing League for the first time, and it was especially nice to witness how welcoming the atmosphere of the Sailing League community was even towards newer competitors.

HSS teams consisted of Sailing Center sailors, who secured their spots to the semifinals through our inner HSS Club Qualifiers that anyone from HSS could participate. The Sailing League project continues, and is open to all HSS members. We hope to see even more teams interested in the concept in the next season! With the new J70 that the club now has, the training opportunities for the Sailing League success have significantly improved.We are already preparing exciting additions to the J70 training program for next summer. 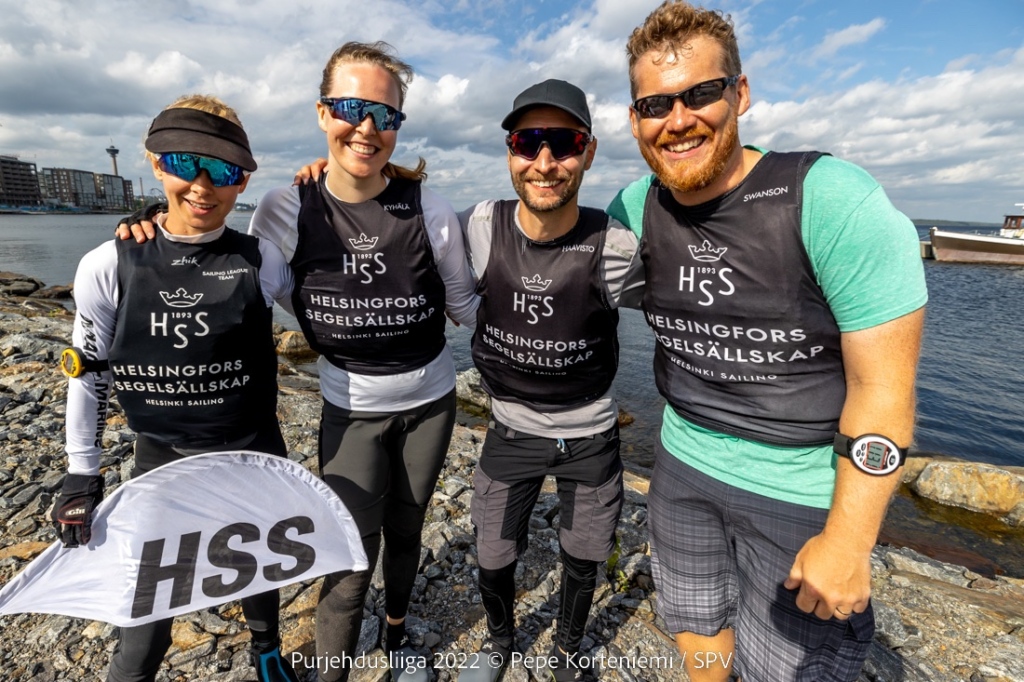 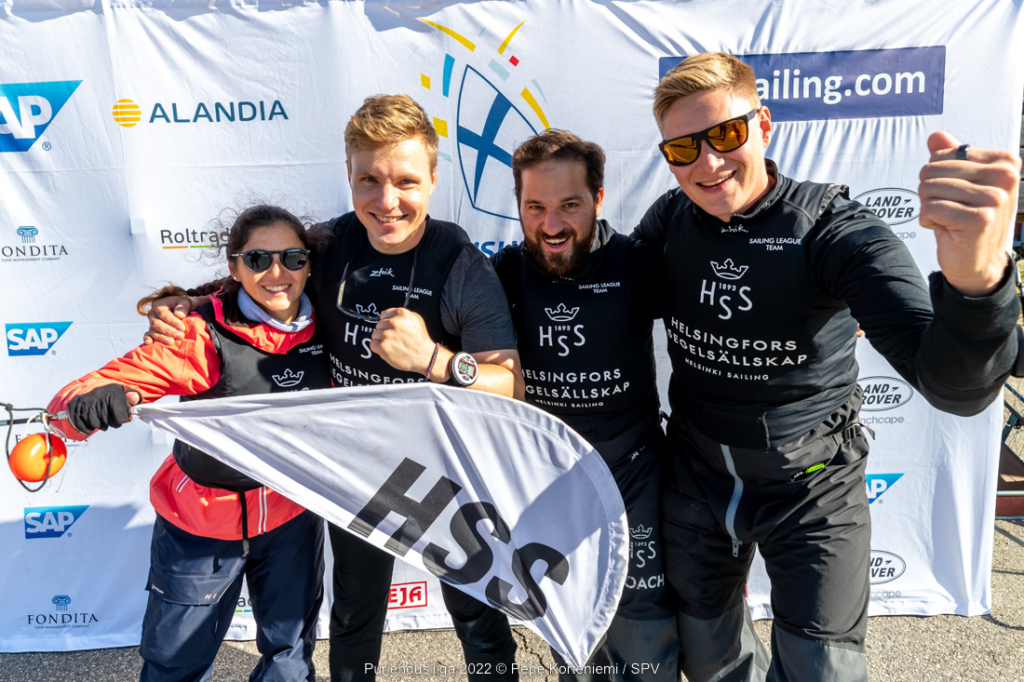