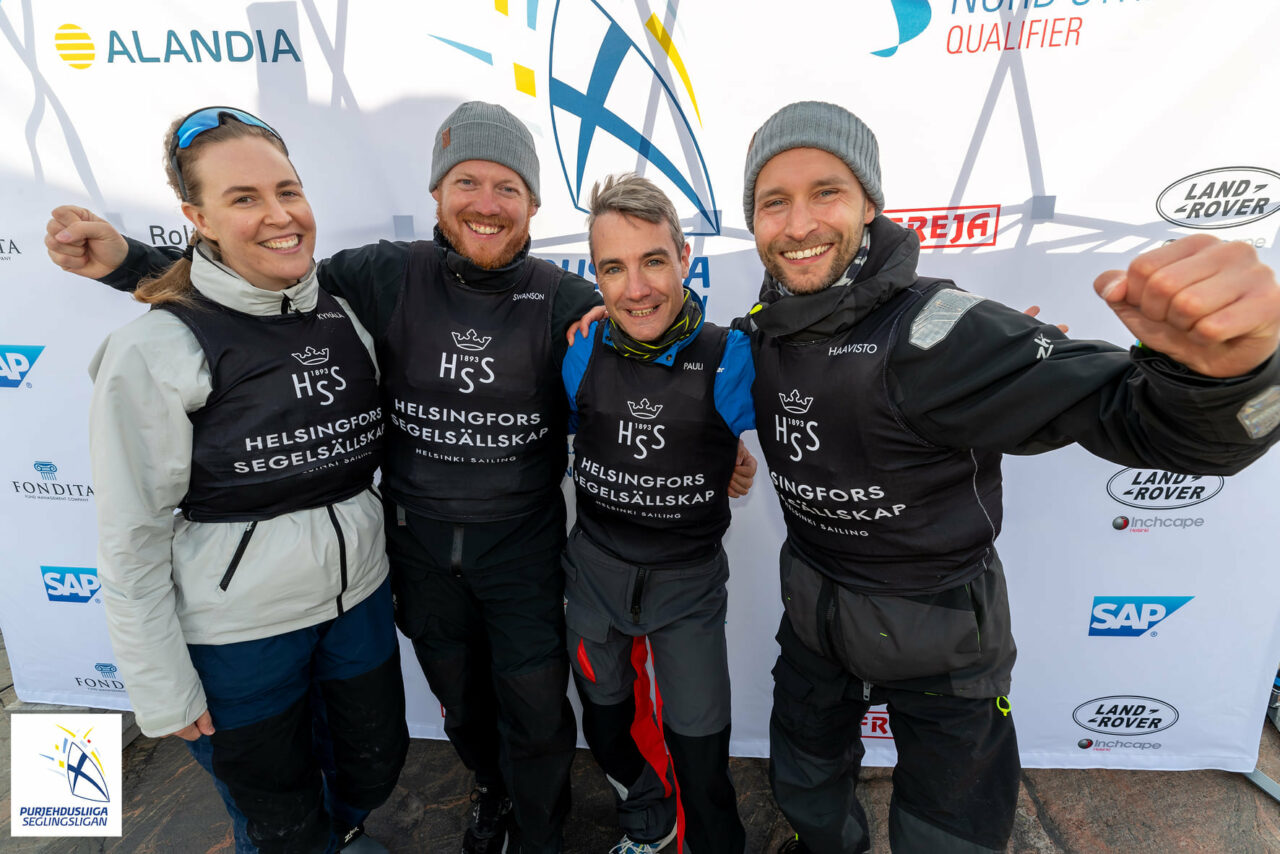 Julkaistu 10.9.202115.9.2021
This year’s Sailing League project resulted in some tight racing and a lot of learning last weekend as the HSS Sailing League team raced 20 races over 3 days. There were over 40 starts in front of BS last weekend as 12 clubs competed for the top 4 spots and a ticket to the finals in Naantali.
The top 5 spots were fairly well locked up within the first two days of racing, but the race for 6th place was tight with many ”lead” changes throughout the weekend. After a season of practice and excellent coaching, HSS had the boat speed and maneuvers, but a tight race format, only 15 minutes total for a two-lap race, made it tough to out sail the competition. HSS placed 10th overall with 80 total points and only a 5 point spread between the 7th and 10th placed boats.
SPV, as the race organizer, was happy to see HSS back in the race this year and hoped to see us again next year. This year’s Sailing League team would like to thank the entire club for their support and interest throughout the year, including the many members who came to observe and cheer on the team over the last weekend; this was truly a club effort. Kiitos paljon, tack så mycket!
– Matthew Swansson, Skipper of HSS Sailing League Team
Lue lisää Sailing Centerin uutisia