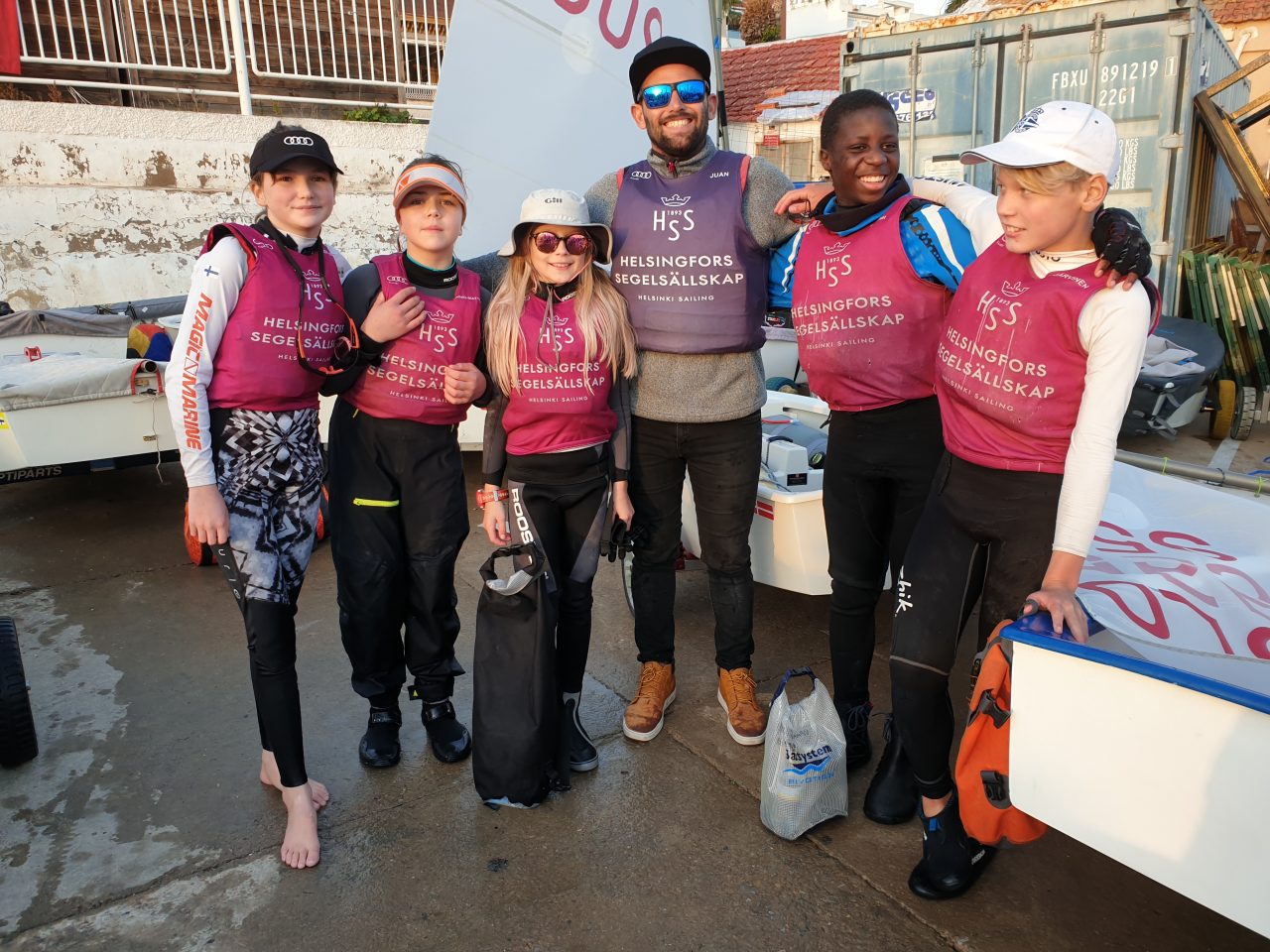 Hola! my name is Juan I. Mazzini, I’m the Head Coach of HSS and I will tell you a short story.

All began meanwhile the opti violet group were doing the “winter tour” which is a series of trainings and regattas in Spain and Italy during the winter months to get ready for the summer season.

The tour consist in a training plus a regatta in Torrevieja, later on, the same but in Valencia and finally the biggest optimist meeting in Garda, Italy in April. For that, we drove down south 12 optis and a coachboat.

After our event in Valencia during early March, the Corona situation started to escalate fast in Italy, reason why we decided to cancel our trip there. Instead we planned a training camp in Barcelona (at that time Spain was still fine).

But during March, things developed super fast in Spain too, so HSS board made the wise decision to cancel Barcelona training camp too, but the problem was that Spain decreed the Alarm State in which people was not allowed to circulate, leaving the Van and trailer with boats stock in Valencia and myself in Barcelona.

After a week of calls, flights and trains cancelled, I managed to get into Real Club Nautico Valencia and started my drive back to Finland.

The drive was quite interesting, deserted cities and highways except for a few trucks. The hardest part were the borders, having to stop and explain the situation to local police officers so they could allow me to keep going. But finally after 2200 km and 30hs journey in Travemunde – Helsinki ferry, we made it!

Now boats and coachboat are all safe and sound at HSS and ready to start the season!

Big thanks to Rosa, Tomi, Kristina, Juuso and all parents involved for the support during the chaotic week in Spain!