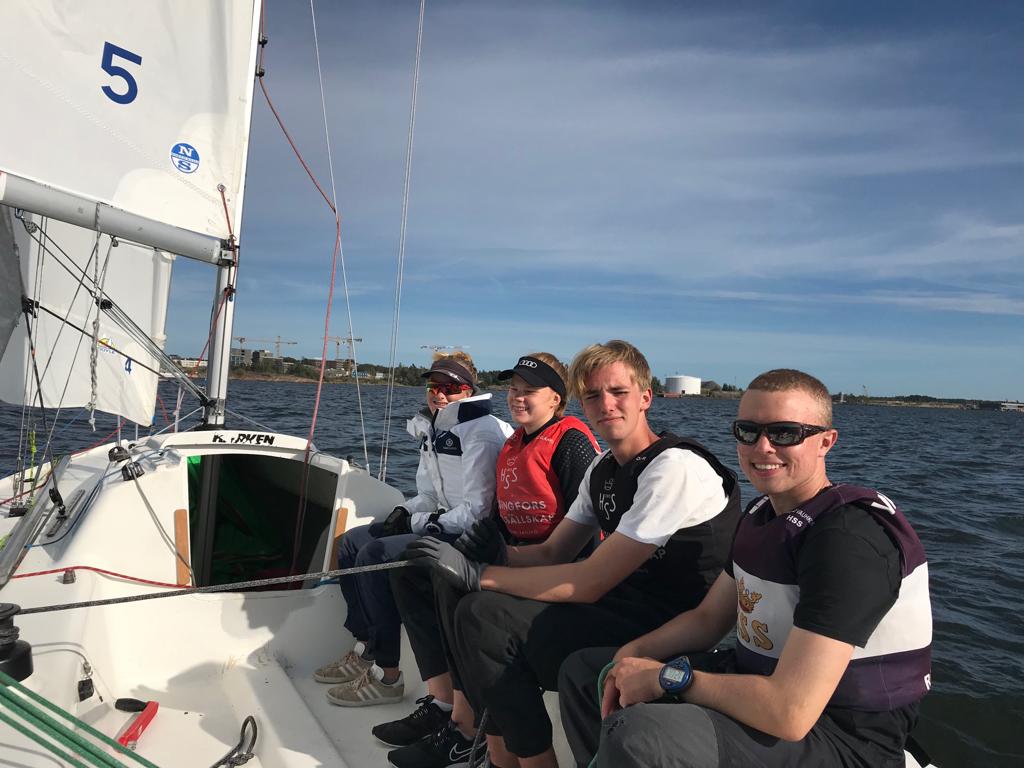 The 2019 Open Finnish Match Racing Championships were held at NJK Blekholmen from the 30th of August until the first of september and sailed on J/80 keelboats.

Lack of training hindered our teams success as we only had 2 sessions before the championships to get a handle on team chemistry. Training continued during the regatta and performance increased vigorously after each and every race.

Some of our crewmembers were rather inexperienced in match racing and keelboat sailing in general, so every second of practice was valuable.

”After cutting our teeth on a couple of losses, we managed to beat two of our opponents in a row and that brought us a lot of confidence. We felt like we learned loads after each race, manouver and decision made in the boat.”

We won four races and lost six races during the inital round robin. We finished in 8th place after the 1st round and thus did not qualify into the semi finals.

Team Palmu was content with the results considering the lack of training and managing to fight back against, even beating a couple of, the most successful teams.