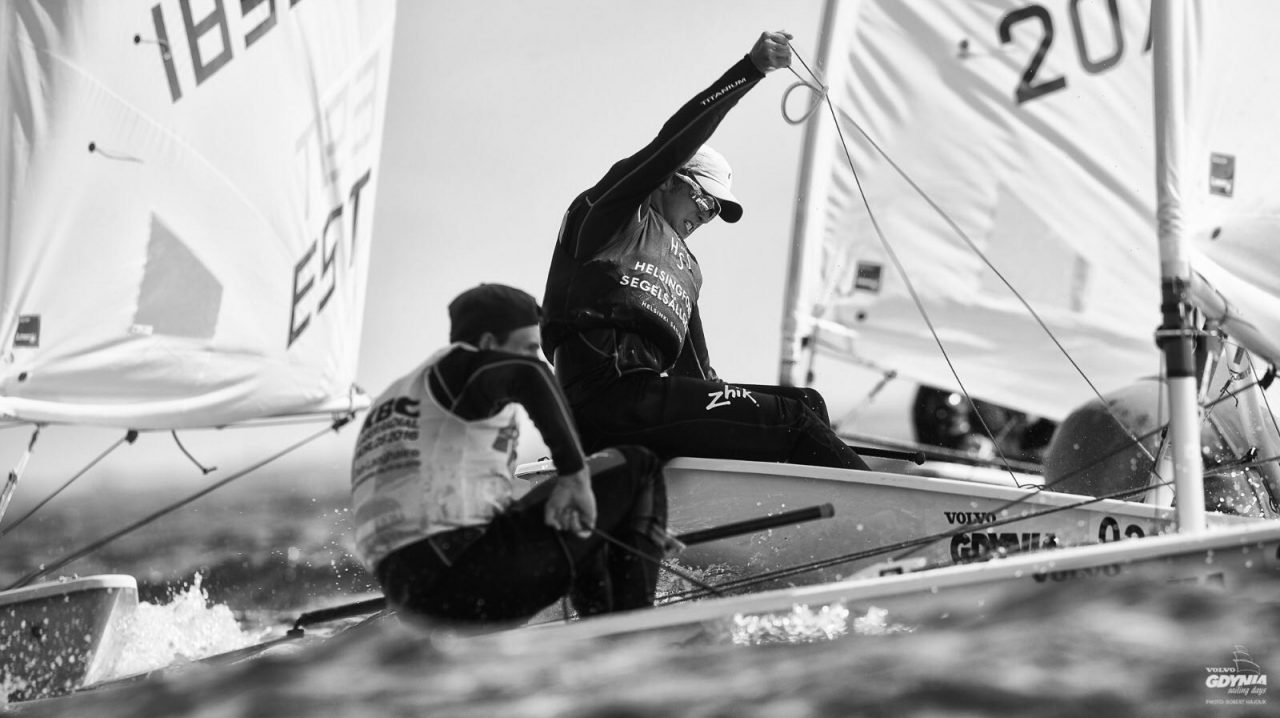 It was a week of sunshine, rain, storm, lightning, light winds, strong winds and everything imaginable at this years, Youth Laser Radial Europeans in Gdynia, Poland.

This meant that the race committee and organizing staff had to work hard and long days (together with the sailors) in order to get enough starts sailed for a championship. In the end, I think they did a very good job and the best sailors came out on top.

For the HSS sailors the week was filled with ups and downs, and it has to be admitted that the results where quite far from what can be expected from the talented youngsters; Iivo Huopaniemi, Joakim Svindhufvud, Mainio Ormio and Patrick Schröder. Leading up to the final 3 days of sailing in the though fleet of future Olympic laser sailors, Mainio and Joakim sailed their way into the silver fleet, with a few too many black flags stopping them from reaching the top 60 during the qualifying days. Patrick and Iivo finished the regatta in the bronze fleet.

– All of the boys should sail in the gold fleet on a good day, and as a result we can’t be very happy about the week. There is a lot to work on, especially regarding off the water commitment and pre-start preparation. This result is what you get if you’re not 100% ready every day and the boys know it.

– All the competitors were really good and everyone in the top 15 of a race could win the race. I had a really hard time time choosing which side of the race course to sail because the wind was up and down all the time, you often found yourself stuck in the middle of the upwind with both sides rolling on top of you. I managed to have a few good races, but unfortunately I took one blackflag too much and barely missed out from the gold fleet. I think it was a really learningful regatta and I learnt a lot from the hard races.

Most of the HSS sailors had some stellar individual race finishes in the top 10 and you can see the immense potential and talent they have. Hard work can get any one of these guys sailing with the best in the world. That is positive to see after such a short while in the laser.